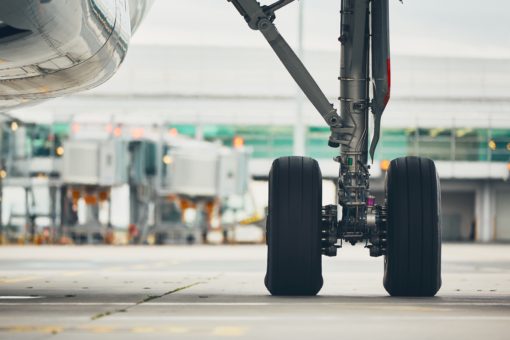 This was one of the more unusual and demanding search assignments The ExeQfind Group has undertaken.  In this situation, we were engaged by a European-based multinational to replace their Country Manager in Mexico who had oversight for multiple manufacturing sites in the country.  Leadership then introduced us to one of their largest US suppliers to simultaneously execute an executive search to replace their Vice President of Sales for the Americas.

An existing client referred us to the corporate HR Leader of a European subsidiary of a multinational serving both the automotive and aerospace industries.  The EMEA-based HR Leader engaged us in a highly sensitive and confidential search to replace an incumbent Mexico Country Manager while also introducing us to one of their largest US-based suppliers to conduct an America sales leadership search – simultaneous to the Country Manager search.

One executive search was industry specific to either automotive or aerospace components and the supplier sales leadership search was open to a broader field of talent.  The search to replace the Country Manager required sourcing fully bilingual Mexican nationals with advanced degrees and a verifiable track record of performance and integrity that was beyond reproach.  The search to replace the Vice President of Sales was more flexible but required an exhaustive search of all three NAFTA countries to find an executive with experience in the industrial / maquiladora sector of Mexico, and preferably someone fully fluent in Spanish.

This search was launched and conducted under stringent conditions of confidentiality and discretion.  Any leaks could jeopardize both ongoing business operations, possibly other vendor relationships and also the internal investigation that was ongoing for both client organizations.  Short-listed executive candidates were required to sign Non-Disclosure Agreements (NDAs) and only provided client identity after being thoroughly vetted.  These conditions added significant challenges to engaging passive candidates and executing these two assignments.

Both searches were led by a principal ExeQfind partner with the support of a dedicated researcher and a senior executive search consultant to collaborate in candidate screening and assessment.

The European client was positioning their global business to compete for new projects and their Mexico operations played a strong role in their ability to deliver on any new business obtained.  Getting their Mexico operation cleaned up in a timely manner with minimal disruption to ongoing operations was critical to execution.  Due to the importance of the vendor within their supply chain, they were also placing great emphasis on our active participation in their vendor’s incumbent executive replacement.

A new hire in both organizations needed to have the executive leadership skills to take over both functional roles and be mindful of the fact that the ongoing investigation could result in more terminations and additional  organizational disruption.  It was also agreed from the onset that both organizations desired candidates that had no prior or ongoing personal or professional connection with the other.

In addition to the ongoing corruption investigation, we picked up on tension between the European organization’s US leadership and leadership in Europe.  We were told that a VP of Operations from the US would be a stakeholder in the process.  As we progressed through the search’s discovery phase, we learned that the primary players on the US side of the European client were resentful of the situation due to having voiced concerns and resisting the incumbent’s hire three years prior.

European Client OrganizationGiven the level of tension and an implied difference of opinion that we picked up on in the discovery phase of starting the executive search, it was decided to ensure mutual agreement to the search process and delivery of an initial short list of 3 to 5 candidates.  The purpose behind this was to be uniform in our approach to both sides of the client who were openly communicating with each other and more importantly gain an internal consensus with the disparate opinions and views within.

This process proved to be successful after both US and European leadership agreed on the profile of the second executive candidate that we sourced 14 days into the search.  Unfortunately, as is often the case, this candidate was the most passive candidate on the short list.  He was very content in his current role and employer and we recognized that remuneration and feeling secure in a new organization would most likely become a major issue.  However, we had our benchmark profile and with that prepared to engage our broader long list.

We gave weekly progress reports to the executive hiring managers in both countries and they were anxious to see our final list of 3 job candidates.  Aside from a brief delay by one of the hiring manager’s travel schedules, all parties moved quickly to schedule interviews at our office in Monterrey, Mexico.

The result of these interviews was predictable and our client was ready to move forward with an offer for the leading candidate with successfully vetted references and education verification.  The leading executive candidate accepted the job offer after negotiating through a deadlock on the base salary that was broken with an attractive signing bonus.

The US sales leadership search that was supposed to be “straightforward” was not so simple.

US Client OrganizationThe US supplier was very receptive to our first slate of executive candidates.  So receptive that they elected to postpone a further executive search in order to make an offer to our leading job candidate.  They also felt that a quick move would minimize any risk of an information leak through a more exhaustive sourcing and interview process.

Despite our advice to continue vetting job candidates, they elected to back off and wait until our joint European client was ready to move forward with their finalist.  In the interim we kept their preferred candidate engaged.  Realizing that our client’s request to suspend the executive search left our process exposed to numerous degrees of risk, our researcher proactively continued her sourcing efforts in search of a candidate of comparable or exceeding value to their preferred candidate.

Our leading job candidate was a relatively new fast-tracked Vice President with only two years of experience in a regional sales leadership role.  He had dual citizenship, lived and worked in both the US and Mexico and was fully bilingual in English and Spanish.  As we say about such desirable cross-cultural talent, he had the ability to stand in either country and competently interface and lead at will.  It was heartening to see them finding value in our initial efforts and the candidate gave every sign that he was motivated and emboldened to take on the role.  After reference and education verification was completed our client moved forward with an offer that was eight percent over his current employment package.

After negotiations, the job offer was signed at an overall increase of fifteen percent and the candidate negotiated a 3 week delay before starting.  Per the resignation letter that he shared with us, he provided a 2 week notice and indicated separately (to us) that he wanted to spend a week with his family before starting his new position.

We placed a call to our executive candidate during his final week of work and got his voice mail on both his cell and office phone.  Another call in the evening to his home went to voice mail.  We followed up messages at all three numbers with an e-mail letting him know that we were checking in with him to see how things were going in his last days with his employer.  However, the next day resulted in no call back or email reply.  Having been in this position before, reality began to creep in and it became clear that our fast tracked sales leader had had a change of heart.  Using our Mexico City number that can be dialed from our offices in San Diego, we were finally able to get him to answer his cell phone and forced the question of his intentions.  He admitted that he had accepted a counteroffer and would be staying with his employer.

At this point, we let the supplier know that we would need to restart the executive search.  Fortunately, our researcher’s persistence with sourcing and research led to us quickly engaging three exceptional candidates.  Further frustration resulted after having to dismiss their first choice due to budget constraints and the candidate rejecting their offer.  Their second choice proved successful at not only meeting their needs but exceeding them.

Once both candidates were firmly positioned in their new roles the internal investigation had progressed to the point that led to terminating a small group of managers that were culpable in the previous leadership’s corruption.  We were engaged to fill two additional roles in the European company and one additional role in the US company.  Other executive positions left vacant from the terminations were filled through internal promotions.

Follow-up with both client hiring managers at the 12–month mark resulted in high marks of satisfaction in both executive hires.  Our European client landed the order they were competing for which led to the operational expansion that was implied to their new hire.  Our US client’s hire and subsequent re-organization led them to increase their supplier operations with not only the European client, but also with a new client that was brought in by our placement’s relationship with another US based manufacturer.

We never knew the details of which executive search firms were considered alongside of us before we were selected for the initial two executive search assignments.  Our client did share with us that our broader global footprint afforded through membership in IRC Global Executive Search Partners coupled with our position as a truly cross-cultural boutique executive search firm in Mexico and the US were key to them selecting us.  The diverse makeup of our consultants include diverse industry and sector expertise as well as cultural and linguistic backgrounds which add greater dimension to our capabilities to successfully execute an executive search.