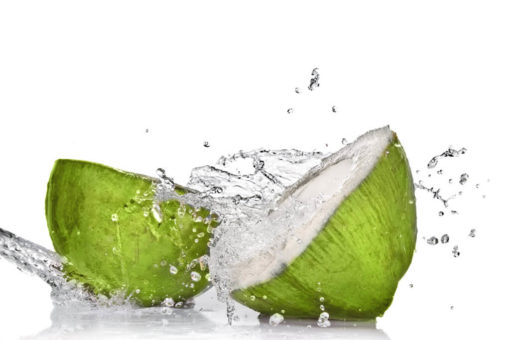 Our Sao Paulo, Brazil-based colleague in IRC Global Executive Search Partners – Hamilton Teixeira initially reached out to us to support his client’s efforts at establishing their product in North America.  His client is one of the world’s most unique producers of organic coconut water and related by-products.  Hamilton had just completed a CFO search for the agribusiness / agricultural cooperative based in Brazil when he learned of their aspirations to expand.

Our client’s leadership elected to seek out two regional sales leaders to support the launch.  Hamilton initiated contact with ExeQfind’s Warren Carter in our Atlanta office and Warren elected to add our Toronto-based partner – Sylvia MacArthur to create a joint-search team.  Sylvia’s deep expertise in FMCG and specifically the beverage sector proved to be invaluable in seeking out a Regional Sales Director for the Northeastern US and a Regional Sales Director for the Southeastern US.

Our Brazilian-client in this case study is an agribusiness concern owned by US-based investors.  The client is focused on the cultivation and production of coconuts and related by-products.  The farm in the Bahia region of Northeastern Brazil was founded with an initial investment of $300M USDs.  It is comprised of 450K trees on 4 farms spread across 14,800 acres producing 90M coconuts per year.

The farm was a modern agricultural enterprise in that each of the 450K trees was bar-coded for both the tree’s nutrition and maintenance but also to track and measure the tree’s productivity.  The Bahia-site included a state of the art production plant to extract coconut water without ever exposing the coconut water to oxygen which degrades the product through oxidation.

By-products of the coconut harvesting and water extraction include the use of the coconut shell to produce growing medium for hydroponic and horticultural farming operations which have tied our client to the burgeoning green / ecological sustainability movement.  The main product is the all-natural coconut water which is valued for its natural nutritional and hydration properties.

Hamilton placed the relationship with the client on a firm foundation after successfully placing the CFO.  He introduced us to support their expansion into North America via search assignments for two Regional Sales Directors (one in the Northeastern US and the other in the Southeastern US).  Given the urgency and locality of the assignments, we elected to partner with Sylvia MacArthur who has offices in New York and Toronto.  Sylvia’s reputation in executive search, knowledge and relationships with the FMCG / beverage sector were key attributes of the dual search assignment.

Warren and Sylvia collaborated very closely throughout the process to include participating jointly in all briefing sessions, coordinating the development of a detailed position description and candidate briefing documents as well as a consistent approach to client deliverables.  They also shared thinking on the approach to research and profile of candidates to target.

Both search assignments were successfully completed and Sylvia MacArthur was subsequently awarded an additional search in Canada as our client elected to expand the brand into the Canadian market.

Sylvia presented a short list of 6 diverse candidates including 2 women, 1 African American, 2 seasoned Caucasian prospects and one outlier “fast tracked” candidate who was relatively early career compared to the others.  Our client hiring manager agreed to Skype interview all of the candidates and narrowed the field to 3 candidates to fly for face-to-face interviews – one woman, one seasoned male and the high potential young candidate. This slate of candidates presented him with the best possible problem – and that was him wanting to hire all 3 candidates.

He explored hiring one of the three candidates in a parallel role in another regional market but the candidate was not able to relocate.  He offered the seasoned male the Director role for the North Eastern US and offered a newly-created role to the “fast tracked” candidate.  Unfortunately, the “fast tracked” candidate was counter offered by his employer and he declined.  The client was very pleased with the hire and has since engaged Sylvia for additional search assignments due to the success of their product in that market.

Major contributors to the successful outcome of this search with stakeholders in Brazil, the US and Canada included:

– Constant and consistent presence of seasoned executive search partners throughout the process.

– Constantly updated exchange of information between Warren Carter and Sylvia MacArthur to ensure that the search projects were running in sync and as expected.

– A unified focus, discipline and persistence across borders coupled with trust, professionalism, responsiveness and camaraderie which is at the very heart of the IRC alliance that we have been partners in since 2009.